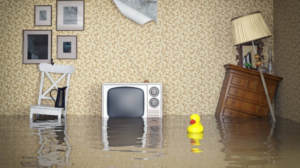 DIY might be embedded into our DNA but if you’re tempted to replace the loo or vanity yourself the short answer is – don’t.

“DIY gone wrong can result in possible fines and expensive mistakes. It can invalidate your home insurance and put your family’s health and safety at risk,” he warned.

“Sanitary plumbing restrictions keep our communities safe by minimising the risk of contamination of drinking water and ensuring the safe disposal of waste water. We don’t want untreated sewage leaking into homes or being discharged into local waterways through cross-contaminating stormwater networks.”

We had a number of pesky plumbing issues we put to Greg. Here’s his advice on what might be causing these problems and when you should call in the experts:

SHOULD I TRY AND FIX A LEAKY TAP MYSELF?

GREG: If it is an older style tap with a standard tap washer they can be replaced relatively easily. Often the problem is that the seat, which the washer sits on, has been damaged. If this is the case, you will need a plumber.

WHEN DO I HAVE TO TURN MY WATER OFF AT THE MAINS?

GREG: Only if you are fixing a tap or have a leak. The only other times you may do this is when you are in extreme snow conditions and you are leaving the property for an extended time. This ensures that if the pipes freeze and burst, the damage will be reduced. Note that the system should also be drained prior to leaving.

Everyone in your home should know how to turn off the mains. If there’s a sudden leak or pipe burst you can minimise the water damage to your home. Houses usually have a tap or toby located in the ground near the boundary of the property. Apartments often have a central tap to shut off the supply to the unit.

IS THERE AN EASY WAY TO WORK OUT WHAT SIZE WASHER YOU NEED FOR A BATHROOM/KITCHEN SINK WITHOUT TAKING THE TAP APART FIRST?

GREG: There are two types of washers. One for most sizes of taps, and bath taps have a larger washer. Most modern taps now have a ceramic disc rather than a washer. For these, you will need to identify the tap and the model.

IS THERE ANYTHING YOU CAN DO TO BOOST WATER PRESSURE FOR YOUR SHOWER, THAT DOESN’T INVOLVE MOVING HOUSE?

You can install a modern shower mixer that is designed for lower pressure hot water, but this would have to be done by a registered plumber. This will help the pressure with the shower but won’t improve the pressure at any other hot water fixture.

Alternatively you can install a new hot water system with a mains pressure, or an instantaneous system. Pressure pumps are also an option. This increases the hot water pressure but other changes to the system will be needed, including hot water cylinder alterations.

SHOULD YOU BE CONCERNED IF PIPES MAKE A BANGING NOISE IF THE WASHING MACHINE AND DISHWASHER ARE ON?

GREG: Noisy pipes can be caused by multiple issues, but normally it is caused by copper pipes that are not clipped well. When appliances like dishwashers are used, the water is turned on quickly and causes a vibration. A plumber will be able to pinpoint the exact cause and fix it – possibly by installing a Water Hammer Arrestor close to the source of the noise.

Tap washers are the one rare thing that can be done yourself and relatively easily.

WHAT’S THE DIFFERENCE BETWEEN AN EXPENSIVE TAP AND A CHEAP ONE?

GREG: A cheap tap is like a cheap car; normally they have cheaper working parts and don’t have additional features. I would always recommend a mid-range price point as then you can generally be assured that the products transferring drinking water are safe and robust.

WE’VE GOT A VERY PLASTIC-STYLE SINK – IT’S CRACKED AND LOOKS AS THOUGH IT WILL LEAK SOON. CAN I REPLACE THIS MYSELF?

GREG: No, you can’t replace it. You must use a licensed plumber to do this as it is connected to the sanitary plumbing system.

WE HAVE AN OLDER HOT WATER CYLINDER DELIVERING EXTREMELY HOT WATER. WHAT’S THE BEST WAY TO GET THIS TURNED DOWN?

GREG: Your hot water should be set to at least 60 degrees celsius to kill dangerous Legionella bacteria. However, it should be cooler at the tap. Check the water at the tap with a thermometer – it should be no hotter than 55 degrees Celsius. This temperature not only prevents people getting scalded but also protects your plastic water pipes which could be affected by high temperatures.

Older hot water cylinders can be adjusted manually. The thermostat usually looks like a clock and the arrow should be pointing to 60.

A plumber can fit a temperature-limiting valve on the output from your cylinder, but that could also reduce the water pressure.

OUR SHOWER DRAIN ALWAYS HAS A NASTY SMELL COMING FROM IT, BUT IT’S NOT BLOCKED. WHAT’S CAUSING THIS?

GREG: The shower drain has a trap on it to collect hair and other particles that shouldn’t go down the drain. That should be removed and cleared, this should remove the smell. Modern showers can be cleared from the top, older showers and baths will need a plumber to clean and flush out.

OUR ELECTRICIAN NOTICED A VERY SMALL LEAK COMING FROM A PIPE UNDER THE HOUSE. SHOULD WE BE WORRIED ABOUT IT?

GREG: Call a plumber straight away. No water pipe should leak. If left untreated, it could cause further problems. During this repair, you should also have the other pipes checked for faults.