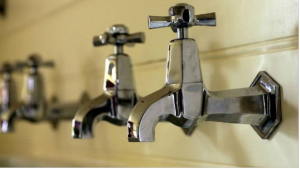 The country’s key plumbing association has alerted health and other authorities to tap fittings coming into the country which may be leaching lead into drinking water.

Master Plumbers raised the flag after starting some random testing on tap fittings. It said it had been concerned for some time about “the potential for unacceptable levels of lead in imported tapware and pipe systems”.

This follows recent incidents of lead contamination from taps in Australia, but the group’s tests are not on the same tapware.

Master Plumbers said the independent tests were being done by a certified laboratory in Australia and it would be releasing the results in the near future.

Lead exposure is a particular concern for young children as it can impair their brain and intellectual development. In adults, it can have a range of effects.

In June, public drinking fountains in Geelong and Warrnambool in Australia’s state of Victoria were turned off for a month, after slightly elevated levels of lead were detected in the water.

Lead contamination also delayed the opening of the new Perth Children’s Hospital, where some 1000 brass valve fittings that did not meet Australian standards were installed.

The Victorian Department of Health and Human Services chief health officer, Charles Guest, said at the time that the fountains were not a major concern because they were not the main source of daily drinking water.

However, he said high-use fittings found in homes could be a different matter, adding that “the impacts of plumbing materials in contact with drinking water is an emerging issue worldwide.”

Two years ago, a study by researchers from Sydney’s Macquarie University on drinking water in homes in New South Wales concluded eight per cent of homes had levels of lead above the Australian drinking water guidelines.

Building industry groups say dodgy plumbing imports have been an ongoing issue in New Zealand, where the main checks and balances against inadequate brands are building inspectors and the choices plumbers make.

Even identifying that a product is genuine is difficult. In Australia, taps must have a “Watermark” but there is no similar compulsion here.

Lead is used to strengthen brass tap fittings but New Zealand water is known to be hard and quite corrosive, a Building Industry Federation spokesman, Bruce Kohn, said.

He said New Zealand plumbers had long been worried about non-standardised plumbing fittings, particularly counterfeits of the Watermark.

“There have been tales of problems with importing plumbing products for some years,” Kohn said.

“If the tests show there is a significant problem in allowing lead to reach consumers in significant quantities we would urge building control and health authorities to take immediate action.”